The exotic model, which was teased a month ago, will be named TSR-S, and will be presented in front of the media next Tuesday, on March 6 at 13:45 CET (7:45am EST).

Nothing else is known about the new Zenvo TSR-S so far, but given its nomenclature, it can be one of two things: either a more evolved version of the already unveiled track-only TSR, or perhaps its street-legal version.

Whatever the case may be, it will likely have in excess of 1,000 horsepower available on tap, thanks to its supercharged powertrain, as confirmed in the latest announcement. By comparison, the 5.8-liter V8 engine powering the TS1 GT is good for 1,118PS (1,102hp) and 1,139Nm (840lb-ft) of torque.

In addition to revealing their third product, the Danish automaker has invited professional car photographers to shoot the TS1 GT. The marketing campaign will end in December and until then, they will constantly release different images of it, allowing fans to vote for their favorite photographer. 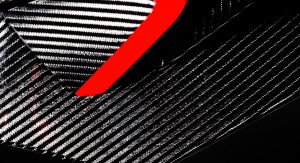 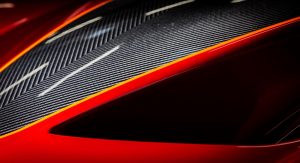 Based on the automaker’s own research, roughly one in five new SUV buyers spend additional money after purchase in order to further personalize their vehicle’s appearance. By offering a blacked-out

2019 VW Touareg Is Bigger, Lighter And Packs A Massive Display Inside

The chassis features active roll bars for better ride quality and better dynamics on the road, while VW also offer an air suspension as an option. The all-wheel drive system

Essentially a rebadged version of the all-new Toyota Auris, the 2019 Corolla is all but identical to its European twin. Its exterior design is described as “a meticulously mixed cocktail

Brought to China after a road trip of more than 16,000km (9,942miles), which started in Bratislava, Slovakia, where production will commence soon, it’s billed as the most advanced and dynamic