Jaguar made its name and reputation over decades creating sexy sports saloon cars full of ‘grace, space, and pace’ costing less than customers thought they might.

You only have to think about the classic Mark II Jaguar as driven by TV’s Inspector Morse and favoured as a getaway car by villains or a pursuit car by police in countless bank robberies in real-life and on the big and small screens.

Today, when families are increasingly switching to the flexible higher-riding sports utility vehicles or ‘SUVs’, many are asking whether the traditional four door family saloon has had its day. 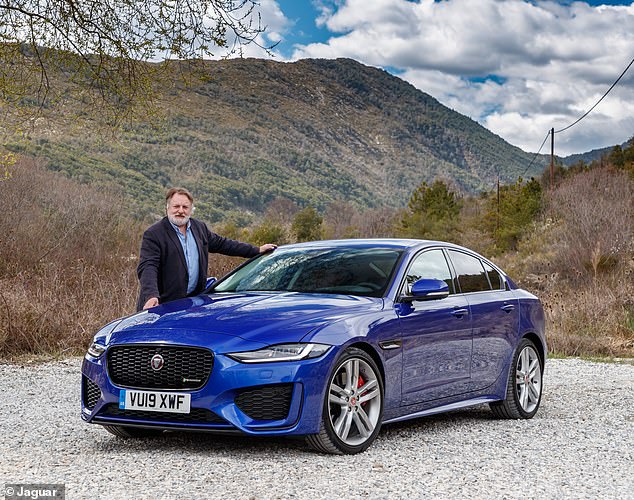 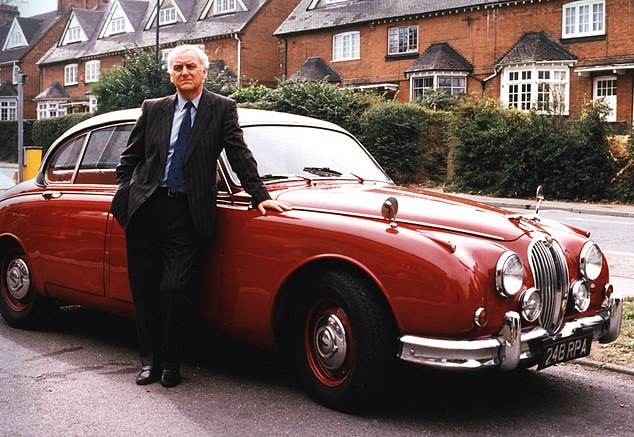 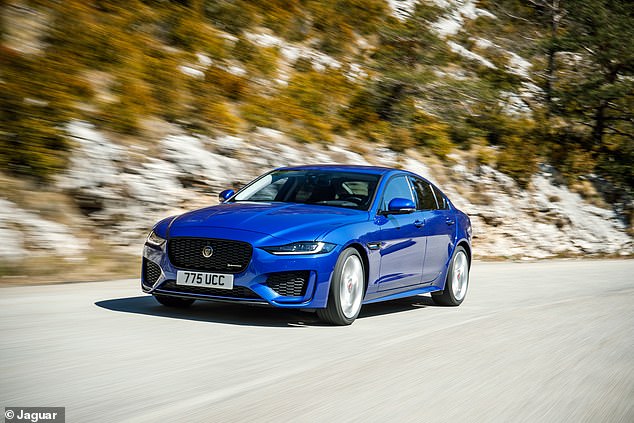 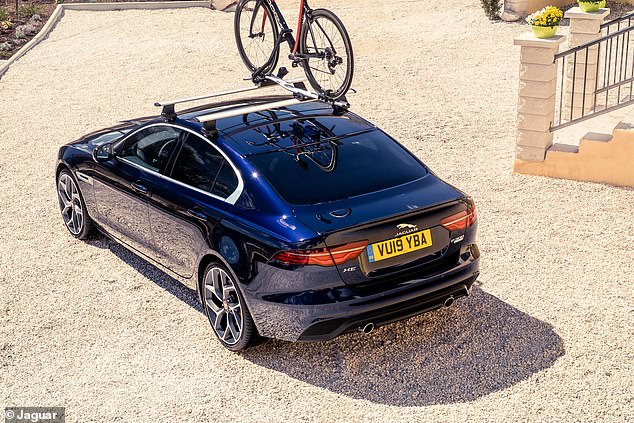 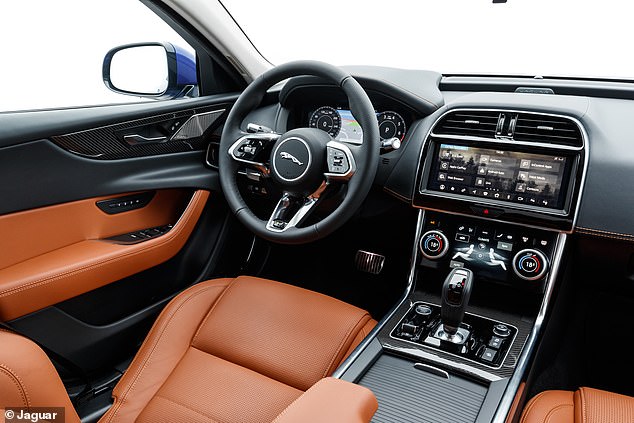 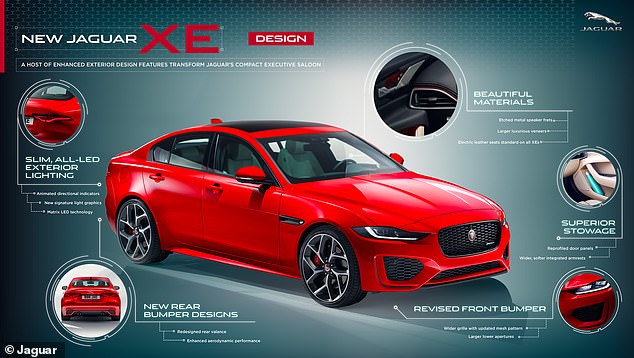 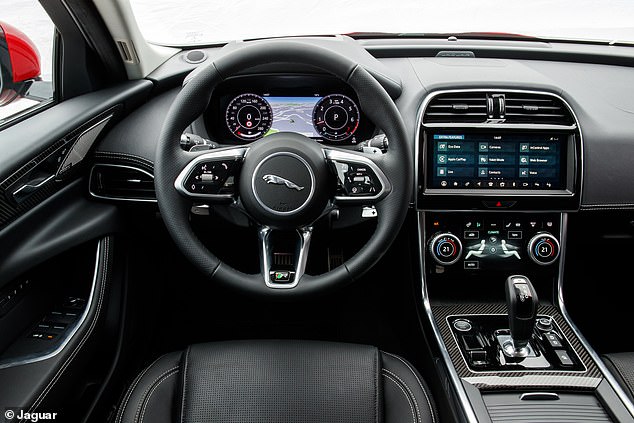 Need to know: Grown-ups might feel a bit restricted on a longer trip

For added looks, 20 inch wheels are also an option.

Is this Jaguar’s ‘last chance saloon’?

Jaguar’s XE saloon has been given a mid-life face-lift and a price-cut amid reports that within four years future models may be electric.

Autocar said: ’While facelift versions of the cars are just months from the showroom, it is believed that company planners are now working on a strategy for the launch of new replacements for early 2023.’

Citing company sources it said: ’JLR is starting with a blank sheet of paper for the project. The options include the XE and XF being merged into a single model, and any new vehicle could be either an an electric model or a plug-in hybrid.’

The all-new flagship XJ saloon due next year is expected to be fully electric to appeal to chauffeur-driven Chinese customers, it says.

Jaguar Land Rover’s corporate strategy chief Hanno Kirner has also briefed how the firm is expecting to create a number of ‘mid height’ cars – which commentators have dubbed ‘Road Rovers’.

New technology includes a clever ClearSight rear view mirror which uses a wide-angle rear facing camera for an unobscured view behind. Images are fed from the camera to a high-definition screen within the frameless mirror.

The XE is also the first car in its segment to offer a diesel variant that complies with stringent new NOx emissions limits, well ahead of the legal deadline of January 2021, helping reduce first year road tax and company car tax.

New all-LED headlights with a striking ‘J’ blade daytime running light signature create a more purposeful look. The rear of the car features a new bumper design and slender all-LED tail-lights with updated signature graphics which accentuate the visual width of the car.

Jaguar design director Ian Callum said: ‘The XE is a genuine sports saloon. Jaguars have to look sporty. It’s a wonderful opportunity to make a great car even better.’