Jaguar Land Rover delivered a £500m vote of confidence in Britain as it opened the UK’s biggest state-of-the-art centre for designing and creating its cars of the future – including electric vehicles and those with self-drive features.

In the face of Brexit uncertainty, Jaguar Land Rover chief executive Prof Sir Ralf Speth opened the massive new complex where engineers will work together to plan its next-generation models and accelerate the firm well into the 21st century.

That includes a new ‘green’ flagship zero-emissions all-electric XJ limousine, as favoured by Prime Ministers and captains of industry. 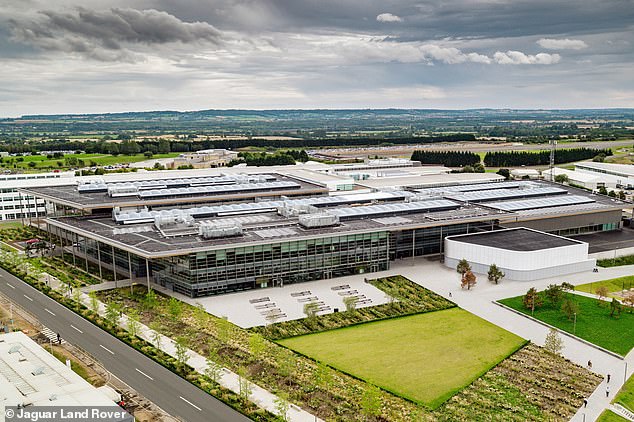 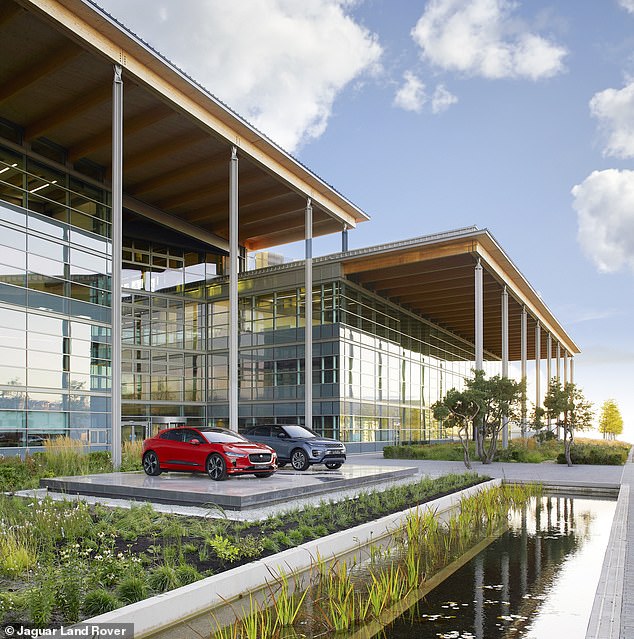 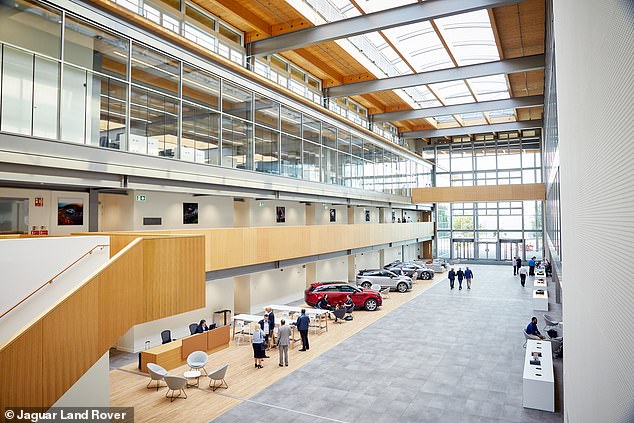 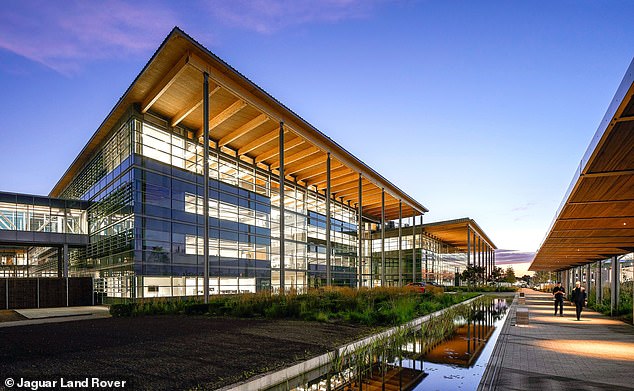 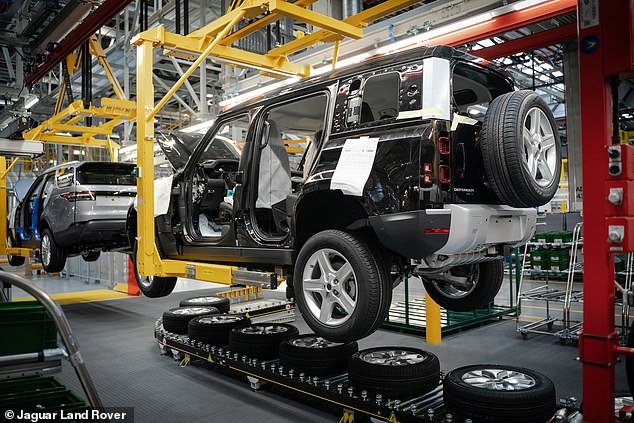 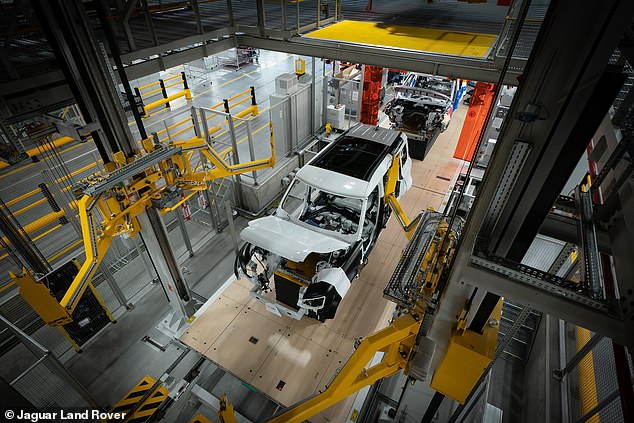 The new Gaydon offices are also ‘green’ with up to 20 per cent of their energy coming from nearly 3,000m² of solar panels on the roof.

The same glazing technology as used by the Eden Project has been used to bring natural light into the building and make it more energy efficient.

They have been created ‘to bring the outside in’ with lots of natural light and interior landscaping to promote the personal health, well-being and productivity of its employees.

They are already rated in the top 10 per cent of the greenest non-domestic buildings in the UK.

Owned by India’s giant TATA conglomerate, JLR says ‘at heart we are a British company’ with three UK vehicle manufacturing facilities: at Castle Bromwich and Solihull in Birmingham and Halewood on Mersyside; an engine plant in Wolverhampton and a soon to be opened Battery Assembly Centre.

It also has vehicle plants in China, Brazil, India, Austria and Slovakia.

Aston Martin has revealed ‘the beating heart’ of its first new £160,000 DBX sports utility vehicle – along with the accompanying roar that signals its ‘sportscar levels of performance’. The